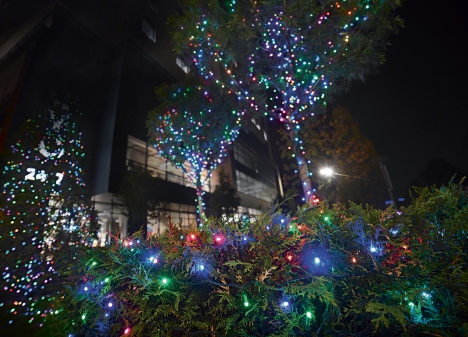 This issue of ERC magazine contains material about the latest consumer solutions in the world of smart Twinkly LED-garlands scenery decorations. Twinkly PRO series was also mentioned there. Before reading this material, we also recommend you to read the information about Twinkly consumer goods. Then this publication will be more clear and holistic to you. However, experts who are not used to read the user’s manual may ignore this advice.

About differences and new features

Whether you have read about Twinkly consumer garlands or not, now we will talk about how they differ from Twinkly PRO professional solutions. Firstly, it is worth realizing, that Twinkly and Twinkly PRO garlands are incompatible structurally and controllably, although they look amazingly perfect in joint installations. Just a single glance and it will become obvious.

In terms of protection standards and overall performance, Twinkly PRO series products are much more durable. Twinkly PROs are provided with IP65 protection standard, in contrast to the IP44 standard of Twinkly series. But the IP44 standard is also good and durable comparing to the fact that there are a lot of garlands of dubious quality on the market that can barely withstand the first installation or one day of usage. Twinkly PRO garlands have a bit larger LED lights and a different cable system.

According to the control scheme, these are the same signal and power cables (six in total) lead to each LED, but they are “thicker” because it is an AWG22 standard cable. Thanks to Twinkly PRO series of garlands, equipped with F5 LED capsules, have a strong and reliable professional look. Although you before you see them in person, Twinkly consumer garlands seem just as reliable and professional compared to others. And they are!

On the left, there are Twinkly consumer garlands. On the right, there are two photos of Twinkly professional garlands With lighting effects created by Twinkly PRO, you can decorate houses, walls, buildings, trees, bushes and lawns – anything you want. Play with complex, unprecedented light effects. The limit of 4,000 LEDs per group does not exist anymore, unlike in Twinkly’s consumer solutions. Do you want to make several groups of 10,000 LEDs in each? It has become real with Twinkly PRO! Do you want to “paint” the building of your company in corporate colours? Do you want to download a video and play it with thousands of diodes – this is possible now and, moreover, super easy to do. Twinkly PRO will add the magic of Twinkly to large sceneries. The sites to which the Twinkly PRO solutions will be implemented are guaranteed to attract everyone’s attention. The only thing that the author has to do is to create an idea, scenario and choose the potential highlights of attention. Create your own light scenario or use already-made effects from the gallery, adapted through 2D or 3D mapping to such objects.

Until recently, the right way to decorate and illuminate, for example, the trunks and branches of artificial or natural trees, was a complicated and time-consuming task. That is why we used to see only a few yellow spots here and there on a large tree and were happy and satisfied with such results. With Twinkly PRO series, this task becomes easier than ever before, as it creates a lot of space for creativity, turning the process into an effortless task – entertainment. This is unattainable for other decorative lighting solutions. As for the traditional Christmas trees, they will not need decorations at all now. Twinkly or Twinkly PRO garlands will be enough. Even if the tree is up to 10m or even higher. The taller and more unusual is the object for installing Twinkly PRO garlands, the more impressive the result will be. It is impossible to compare them with alternative solutions, if they exist at all. 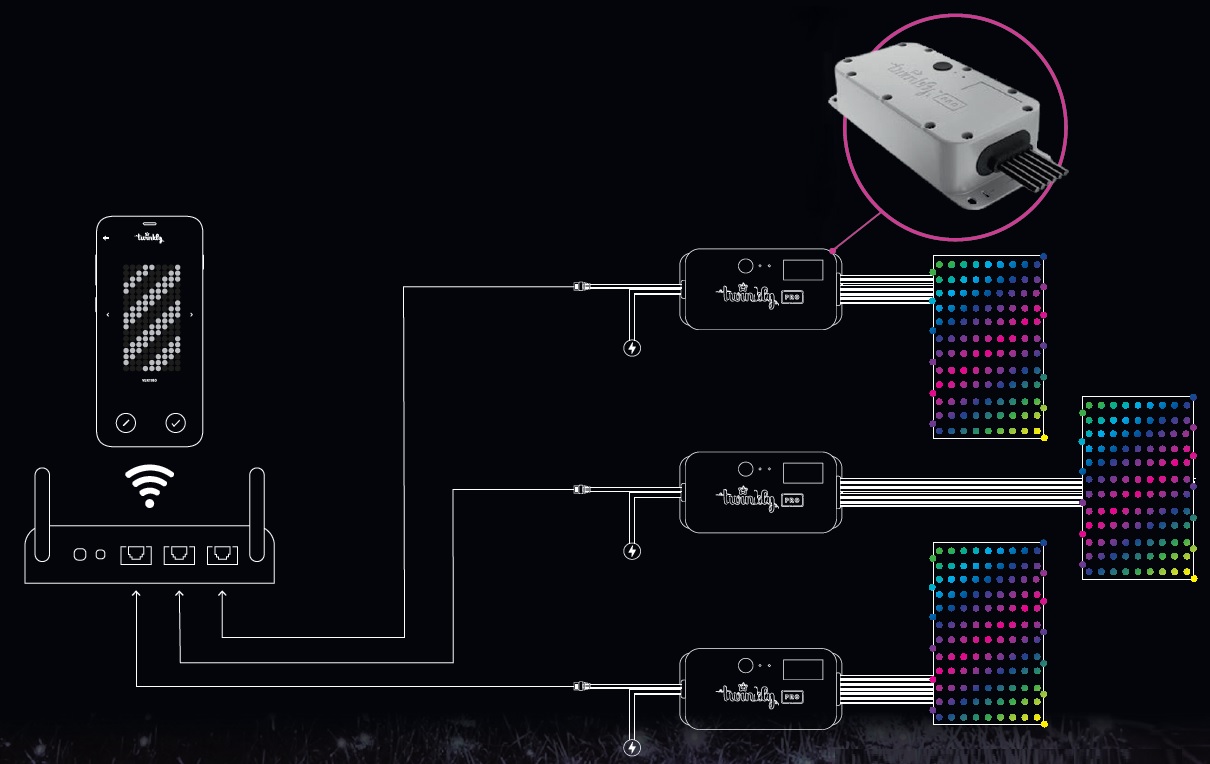 The central device in Twinkly PRO scenery organization is the controller. There are several versions of controllers in the range of PRO series, but the most used are Ethernet controllers, combined in different configurations in accordance with the tasks. With these controllers, creating large-scale controlled LED decorations in public or other open outdoor or indoor spaces is now an easy-to-do task. For example, the TWPRO1500 controller can cover up to six AWW or RGB light garlands or five RGBW garlands. Thus, each of the Twinkly PRO Ethernet controllers of the TWPRO1500 series will be able to turn on and control the scenery of 1 500 LEDs when using AWW or RGB garlands (i.e. six outputs of 250 pcs.), and up to 1 250 pcs. when using RGBW garlands (i.e. five of six outputs of 250 psc.). And with additional controllers in organized lines, it is easy to combine thousands of LEDs into one large-scale controlled group of light decorations.

Several types of garlands are used, they differ in the LEDs organization on the cable: 250 lamps in one line (TWP-S-CA-1X250) 25 m long, two lines of 125 lamps (TWP-S-CA-2X125) each 12.5 m long or five lines of 50 lamps (TWP-CU-CA-05X50) 5 m long each. All these garlands have several other configurations depending on the type of LEDs (AWW, RGB or RGBW) and the colour of the cable insulation (white, green, black, transparent). There are other modifications of Twinkly PRO series garlands that use 50 C7/C9 LED lamps or 20 G45 LED lamps, but they are less common. They are usually used to make special accents on the general background. They are equipped with a handy 5 m long power cable that leads to the part of the cable with the LED bulbs directly, which can be extended by 5 m thanks to the additional TWP-EXT cable.

The Twinkly Cloud storage will help you to control and manage unlimited light scenarios, create own effects and sync with your PC, mobile app or remote control.

There is no need to worry about weather and other conditions, where garlands are used, because the operating temperature range varies from -15°C to +40°C, and in the off-state (storage) it is even wider – from -20°C to +60°C. This is also true for garlands, controllers and power supplies.

The typical configuration of the Twinkly PRO units, built on Twinkly PRO Ethernet controllers, is quite simple. When we talk about Twinkly PRO series, a network with a controller do everything. Unlike “standard” Twinkly consumer garlands, which are easy to customize by everyone, the Twinkly PRO series products require a little bit more time and knowledge to configure. However, the opportunities are unlimited.

If you want to have more lamps in the lighting scenery than one controller can combine, use groups of controllers in a single or even two- and three-level configuration. Experts do not recommend using the four levels. It is recommended to have no more than three levels of controller lines to prevent possible data loss when controlling lighting effects. 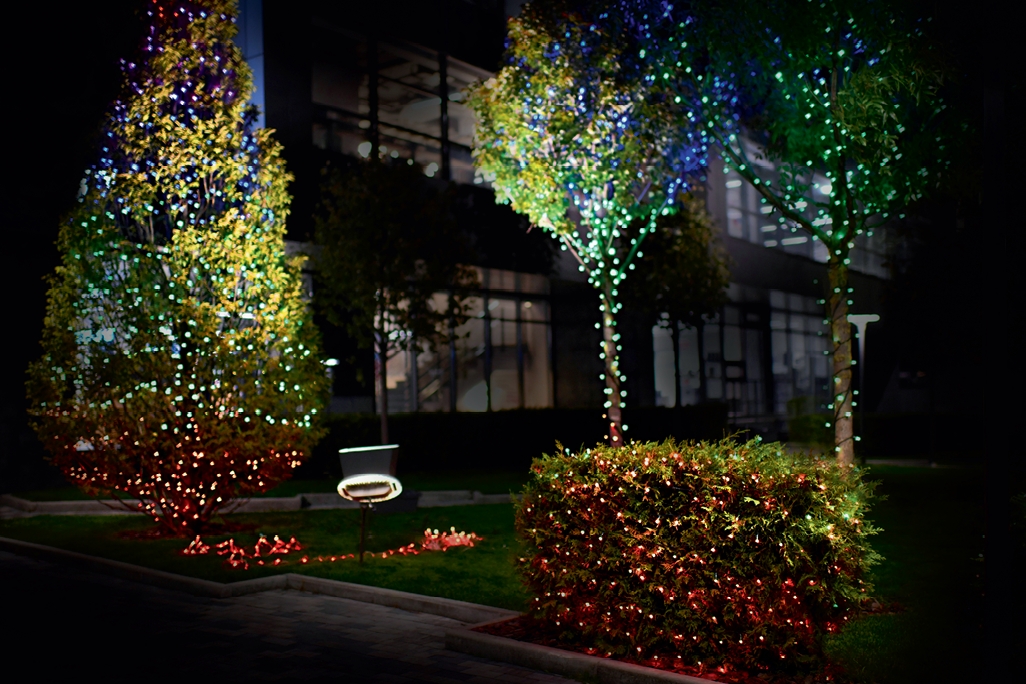 Lighting sceneries based on Twinkly PRO or Twinkly solutions are true must-see. Sometimes it is enough to watch some video clips, many of which are already on the site, Facebook page and other ERC digital information channels. However, to see the live installation, which was created last autumn at the square in front of the ERC holding office in Kyiv, is much better. It will serve as an additional visual training platform for both business partners and professionals.

Combined installation of Twinkly and Twinkly PRO solutions at the square near the ERC office. Visit to learn more in practice.

These goods have already been added to the range of products, sales of Twinkly consumer solutions began in August 2020, but Twinkly PRO professional solutions are delivered mainly by pre-order (although certain configurations are available in stock).

Twinkly and Twinkly PRO solutions break down stereotypes about the world of garlands and methods of their application, as well as decorating standards. Twinkly PRO solutions will continue to be developed and improved this year. Look for announcements of new features, not only about their full integration with audio signals, but about even more sophisticated ones.

Twinkly and Twinkly PRO will be happy to bring all your dreams to life.

Join Twinkly community and, as Twinkly PRO fans say, “Decorate like a boss”! 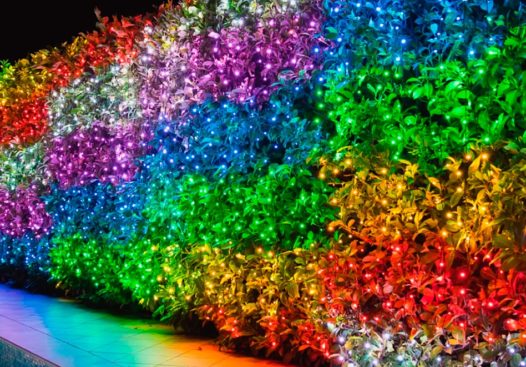 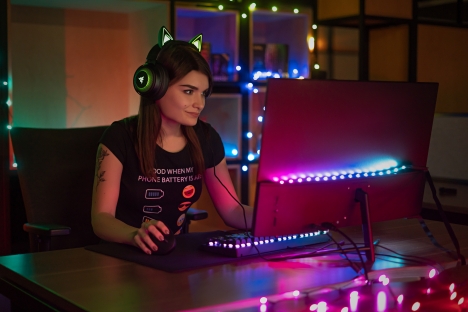 Christmas mood all year round with Razer and Twinkly!

Every gamer dreams of Razer – one of the world’s top gaming peripheral brands!   Twinkly garlands are modern premium smart… 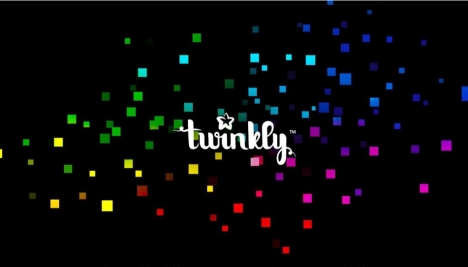 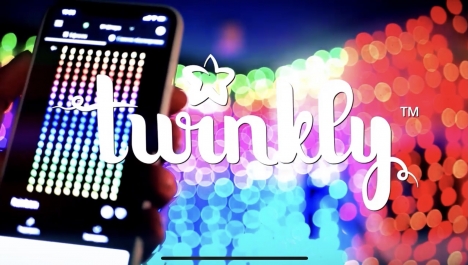 This is another kind of use Twinkly solutions for the online-stages decorations during pandemia.   There might be nothing special,…